There are many forms of osteopathy and it can be a bit bewildering to a patient so we want to be upfront about the kind of treatment we do, and don't, currently provide.  Our main emphasis is what is called 'Structural Osteopathy'.   This is the best known form of osteopathy and concentrates on understanding the interplay of forces through joints muscles and soft-tissues.  Treatment will aim to resolve local dysfunction using articulation (Movement of joints to gradually increase range of motion), soft-tissue work (forms of massage type treatment to muscles and other soft-tissues) and manipulation (very small but fast movements of a joint which may result in an audible pop or click).  As osteopaths we are interested in why the dysfunction has occurred and will undertake a holistic review of the patient to address any asymmetries or imbalances, this will encompass more than just the musculoskeletal system and we may discuss any lifestyle factors which may contribute to your presentation. ​ 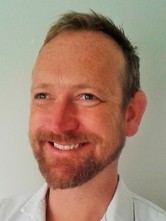 Damian qualified in 2014 from the British School of Osteopathy (now UCO), here in London.  It is the oldest and the largest school in Europe and has an excellent reputation.  He set up Vauxhall Village Osteopathy on graduation and Oval Osteopathy a little later and has worked for himself ever since.  As well as the structural techniques listed above he is trained in and uses:-
Damian doesn't currently offer osteopathy concerned with involuntary motion (often called cranial osteopathy) or paediatric osteopathy

Adam Schamroth is a General Osteopathic Council certified osteopath with a Masters of Osteopathy degree from the British School of Osteopathy in addition to Bsc in Environmental Sciences from the University of Manchester.

Having previously worked with both Chiropractors as well as Osteopaths he now specialises in postural correction and posture related conditions such as back, neck and shoulder pain.

He is skilled in a variety of techniques including spinal manipulations, joint articulation, medical acupuncture, kinesio taping and soft tissue techniques.

Originally from North London and now living in Dulwich he is a keen runner and swimmer. He is also a passionate skier and snowboarder as well as rock climbing and playing squash. With all this activity he is no stranger to sporting related injuries with experience both treating and being treated.

When not exercising he also volunteers his osteopathic skills at Stanmore orthopaedic hospital working with the Disability foundation, a registered charity providing complementary therapies for people living with disabilities.